Lorene Drive has been noted as an Area of Concern by Village of Palm Springs personnel. Standing water was observed in the western portion of Lorene Drive along the road shoulders following minor rainfall events. An existing lake on the north side of Lorene Drive is part of a separately permitted system and did not appear to be accepting flow from the roadway area.

Standing water in road shoulders and across driveways was noted during field observations along Alice Drive. Alice Drive is adjacent to Lorene Drive. 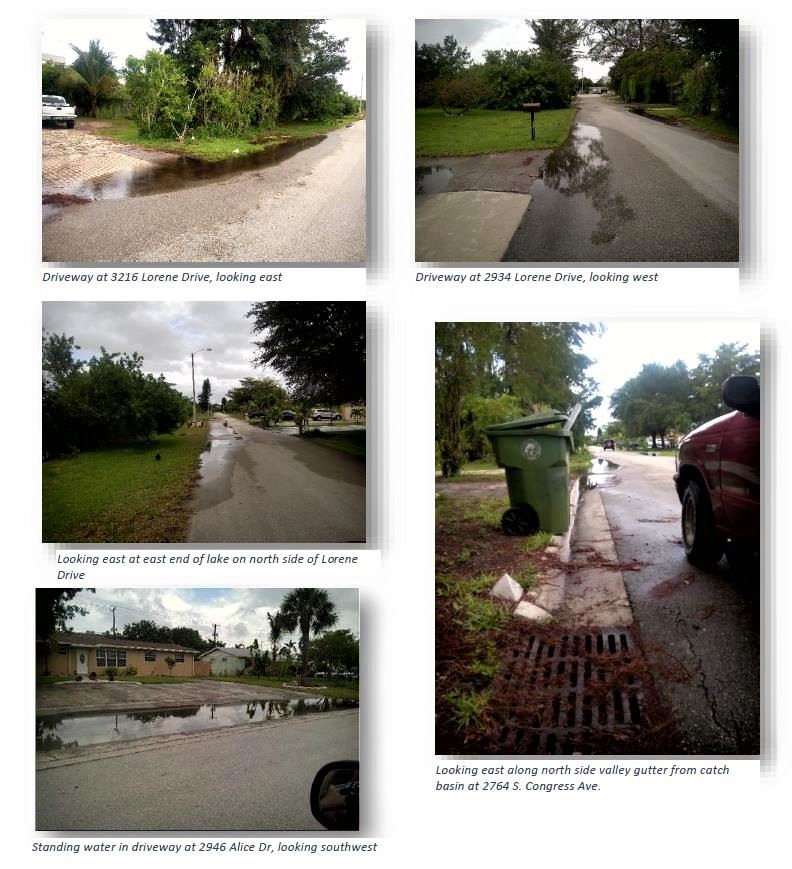 Based on LiDAR data, elevations along Lorene Drive and Alice Drive are lower than surrounding areas. The road is located in the lowest portion of a drainage area between South Congress Avenue and Florida Mango Road, between the LWDD L-10 canal at the south and LWDD L-9 canal at the north. High points in the road centerline are located at the west end where Lorene Drive intersects South Congress Avenue, and at the east end where the road makes a ninety degree turn south.

FDOT record drawings for South Congress Avenue show two catch basins in this location intended to collect runoff from Alice Drive for conveyance to the FDOT system. LiDAR data for Alice Drive shows that elevations are slightly higher than those along Lorene Drive located just north. The elevation of the high point at the east end of the road is greater than the elevation at South Congress Avenue, suggesting that drainage from the full length of Alice Drive would ultimately end up in the catch basins connected to the South Congress Avenue drainage system. Distances between the right-of-way line and the edges of pavement are adequate to accommodate swales, which appear to have been the intent of the original system.

A hydrologic and hydraulic study of the area was performed to establish approximate drainage boundaries, to evaluate the capacity of existing conveyance and outfall components, and to quantify the anticipated increase in flow caused by inclusion of the additional drainage area.Lorene Drive is adjacent to Alice Drive, but drainage for the two roadways should be provided by installation of two separate systems.

The schematic design for Lorene Drive involves installation of new catch basins for storm water collection and pipe connections to existing catch basins for overflow into the existing north side swale. Exfiltration trench beneath the road surface will improve percolation into the subgrade and limit the rate at which additional runoff will be contributed to the existing Lakewood of Palm Springs system. A control structure at the east end of the proposed exfiltration trench will overflow via a weir to an existing grassed area. The design location of the control structure is at the western end of the existing swale to minimize the installation of new pipe and associated costs.

Restoration of swale grades is recommended to facilitate collection of storm water by the proposed basins. Milling and overlaying pavement disturbed by installation of the proposed features will provide a smooth finished driving surface.

The proposed Lorene Drive drainage improvements will discharge to the LWDD L-9 Canal through a system that has been previously permitted with the South Florida Water Management District. Approval by LWDD and the SFWMD will be needed prior to construction.

The proposed Alice Drive drainage improvements will discharge to South Congress Avenue. Approval by FDOT will be needed prior to construction. 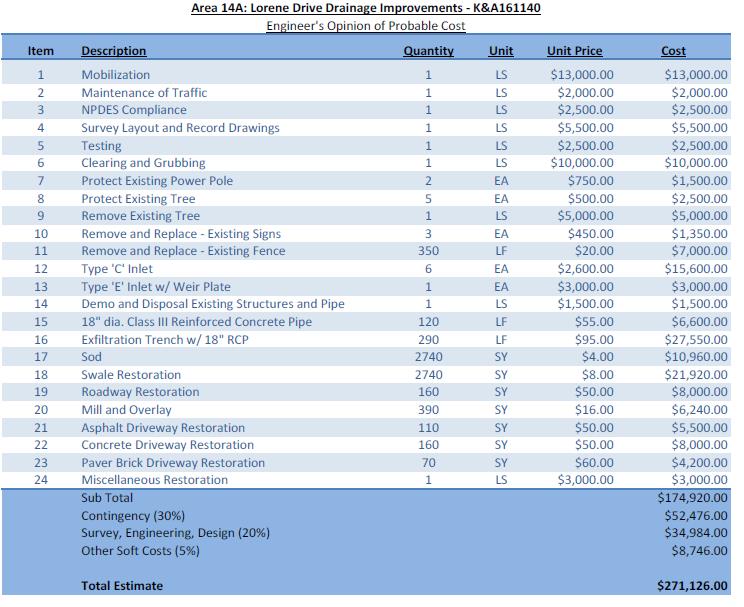 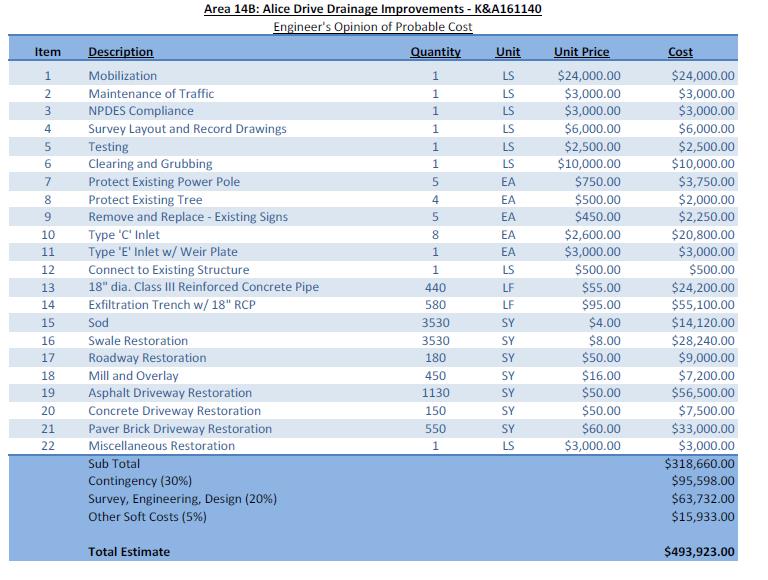