Standing water conditions were observed along roadside swales, over the roadway, and on private property along Riedel Avenue. 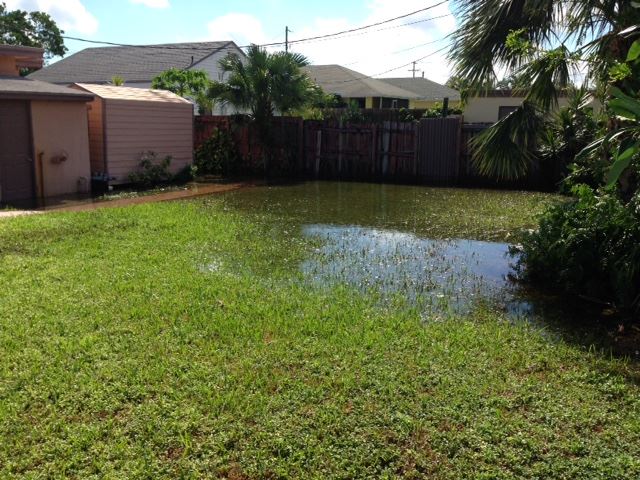 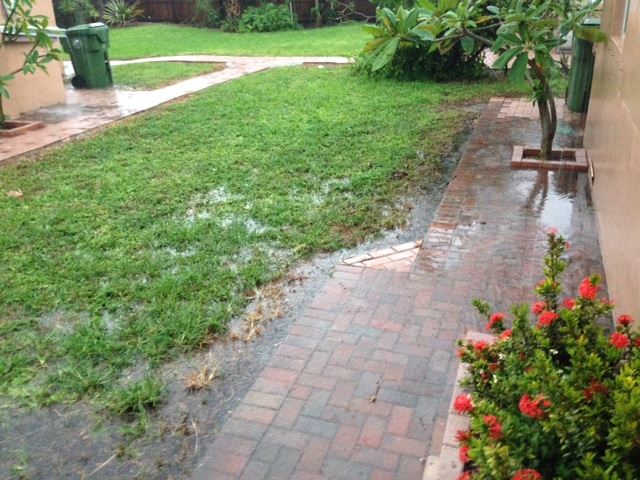 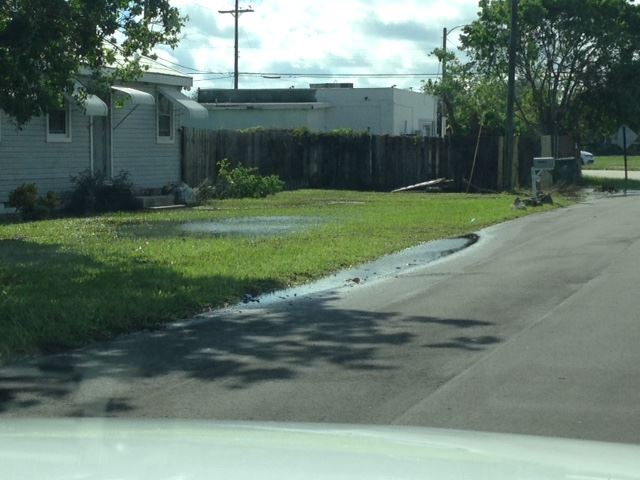 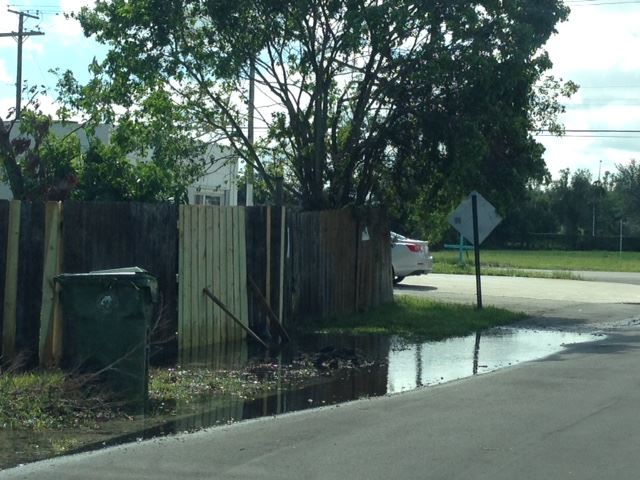 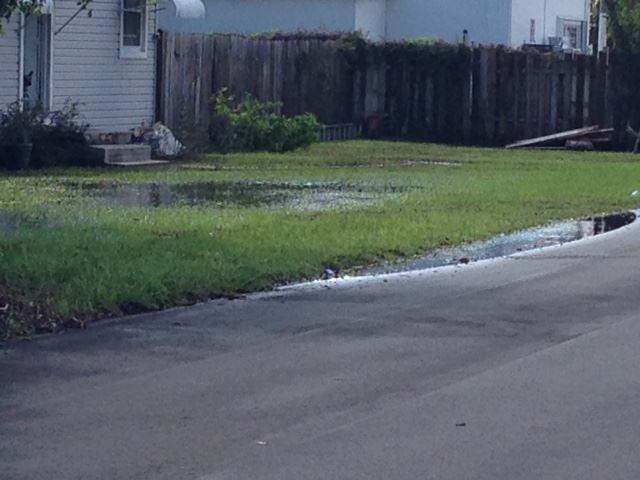 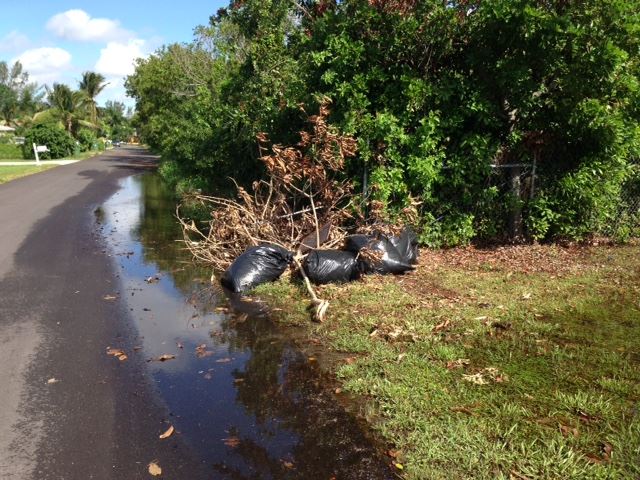 GIS data shows swales along the east and west sides of Riedel Avenue, with a single existing catch basin at the north end. Upon review of the site, swales as depicted within the GIS database were not apparent and may have been reduced in volume over time through the deposition of materials carried by runoff.

A review of existing SFWMD permits for commercial properties at the north end of Riedel Avenue included:

to Congress Lake Worth LLC

Drawings included in these permit documents depict a separate pipe system which routes drainage from Riedel Avenue around the internal systems of the commercial properties for direct discharge to the LWDD L-11 Canal.

LiDAR data shows four low points in the southern half of the roadway centerline. A high point halfway between the north and south ends of Riedel Avenue and apparent ridge prevent drainage from the south half of the roadway from flowing northward overland to the existing catch basin. Ponded areas depicted in the photographs appear to coincide with low points in the road centerline, and are generally located south of the apparent ridge.

Analysis of topographic data was conducted to establish an approximate drainage boundary for the existing Riedel Avenue system.

Cleaning and videoing the existing outfall piping is recommended to ensure that the drainage system is in good working order prior to installation of any new components. The existing drainage system can be extended south with piping and catch basins to improve collection in the north half of the roadway. Due to hydraulic limitations imposed by the size of the existing outfall pipe, separate piping should be installed to collect runoff from areas along the south half of the roadway and convey it out of the drainage area. The existing northern outfall pipe is not large enough to pass the magnitude of flows excepted to be generated by the entire drainage area without posing a flood risk to the upstream (southern) roads and properties.

The schematic design for Riedel Avenue includes the installation of catch basins south of the high point with a piped underground connection to the proposed 2nd Avenue North drainage system. Swales should be regraded to create a positive slope towards the proposed catch basins.

The proposed system will discharge to the LWDD L-11 Canal through a previously installed outfall. Approval by the LWDD may be required prior to construction of any connection to the existing outfall system. Drainage for the southern half of the roadway will depend on permitting and construction of the proposed drainage for 2nd Avenue North. See Area No. 1 Regulatory Approvals for more information.

The estimated cost of proposed improvements is $315,000. A detailed Opinion of Probable Construction Cost, Schematic Design drawing, and Drainage Area exhibit are attached. 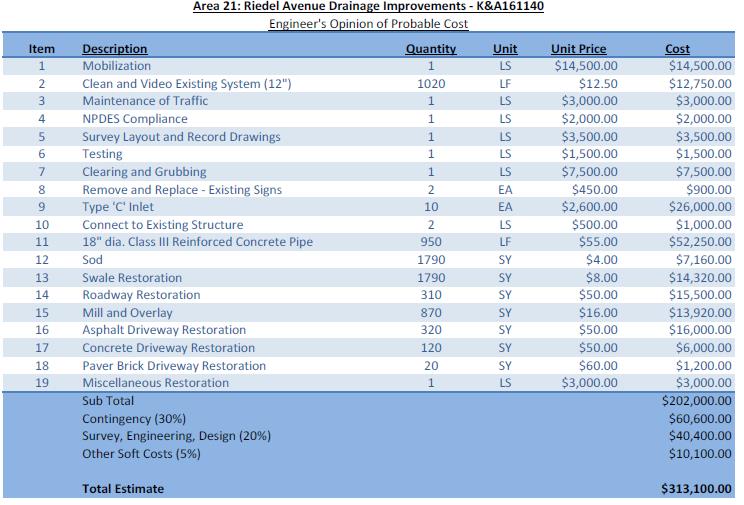